Updates from the Superintendent

Superintendentent report for the week of 11/02/12.

Superintendentent report for the week of 10/12/12. 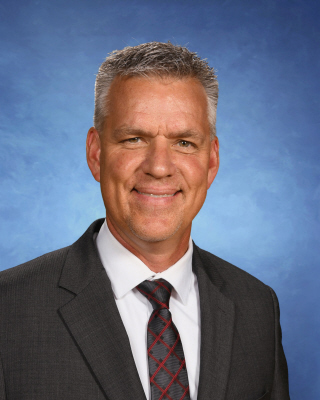 Nicholas Verhoff most recently has been employed by Beavercreek City School District for the last eight years. Over the past two years, Verhoff has served as the district’s superintendent. During that time, Vehoff has guided the district through an $84 million renovation and construction project, redistricting for the first time in over 30 years, the implementation of a district strategic plan and multiple levy campaigns. Even though the district lost 28% of its state revenue over the last 16 months, Beavercreek City Schools has continued to excel, earning its eleventh consecutive “Excellent” rating and its highest ever performance Index Score ever for the 2010-2011 school year.

Prior to serving as district superintendent in Beavercreek, Verhoff also served as associate superintendent, principal of Ankeney Middle school, and principal of Shaw Elementary. During Verhoff’s tenure as principal of Ankeney, the school was named a 2010 “Ohio School to Watch” by the Ohio Department of Education. This designation recognizes especially high-performing middle-grade schools. Only 19 of 750 middle schools in Ohio had earned this honor at the time of their award.

Verhoff holds both a Master of Education degree and a Bachelor of Science in Education from The Ohio State University. He earned his superintendent’s licensure and administrative certification from the University of Dayton.

Originally from Columbus Grove, Verhoff is married to his wife of 15 years, Tonya (also a Columbus Grove alumnus), and they have three children, Gabe (11 years), Rece (8 years), and Grace (5 years).